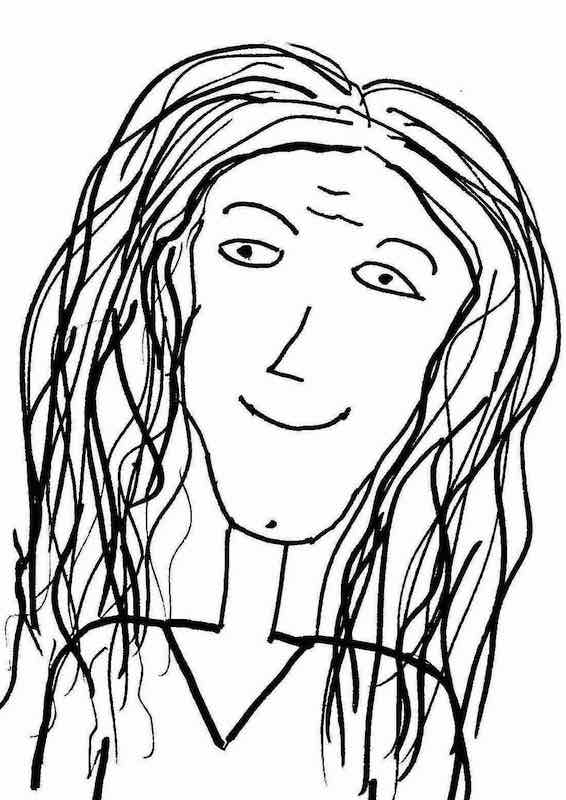 Judith originally trained as a fine artist at Central St Martins School of Art, London, but has worked as a cartoonist alongside her fine art practice since the early eighties (originally under the name Judy Walker)

She worked on the cult cartoon magazine Duck Soup – which provided an early break for some of the most influential cartoonists of their generation – originally as managing editor involved in the start-up of the publication, then contributing her own cartoons.

This led to an approach from The Sun to produce a regular strip for its women’s section from the late eighties to early nineties entitled Men! Her brief was to make fun of male Sun readers and it appeared under the page 7 feller!

She was later an editorial cartoonist to New Humanist magazine for the seven years up to 2013, and acted as its cartoon editor.

Alongside her regular work she has contributed cartoons and illustrations to many other books and publications and been a cartoonist in residence at University College London Hospital in 2015. For the latter she had privileged access to shadow the hospital’s doctors and the cartoons were exhibited in the hospital and used alongside events.

In 2017 she started working on combining her fine art and cartoon practice by subverting the traditional format and expanding the art of the cartoon to create large cartoons on canvas.

In 2016 Judith started to perform stand-up comedy as another outlet for her joke writing skills.